Why are Green Lasers Preferred to Red Laser Diodes?

Green lasers are in general preferred to red diode lasers, primarily because even

the best red diodes operate at a far longer wavelength than green lasers. The

best red diodes operate near 635 nm, close to the main laser wavelength of

632.8 nm emitted by legacy Helium-Neon gas lasers, which in many applications

were replaced by red diode lasers. 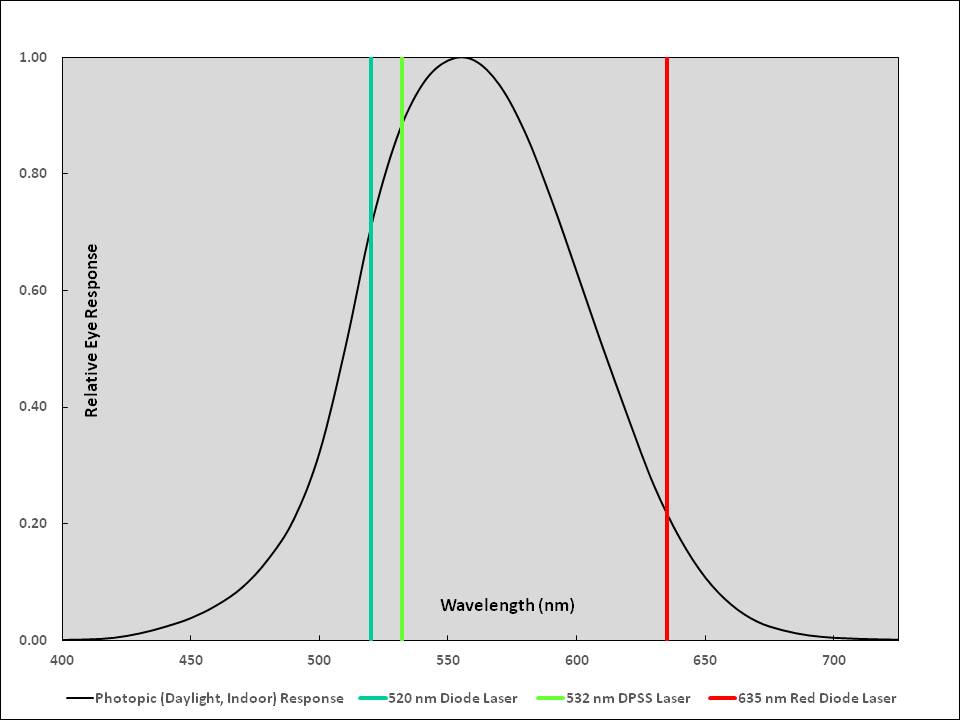 The Figure above shows the photopic relative human eye response curve, that

applies for daylight and indoor lighting conditions. At 635 nm, the response is

state (DPSS) laser typically operates at about 532 nm, or about 90 % of the peak

appears to be 4.5 times brighter than a red diode laser operating at 635 nm. This

many applications. In many cases, the red diode laser operates at even longer

wavelengths to reduce cost. For a wavelength of 670 nm for example, the green

laser visibility advantage is about a factor of 18.